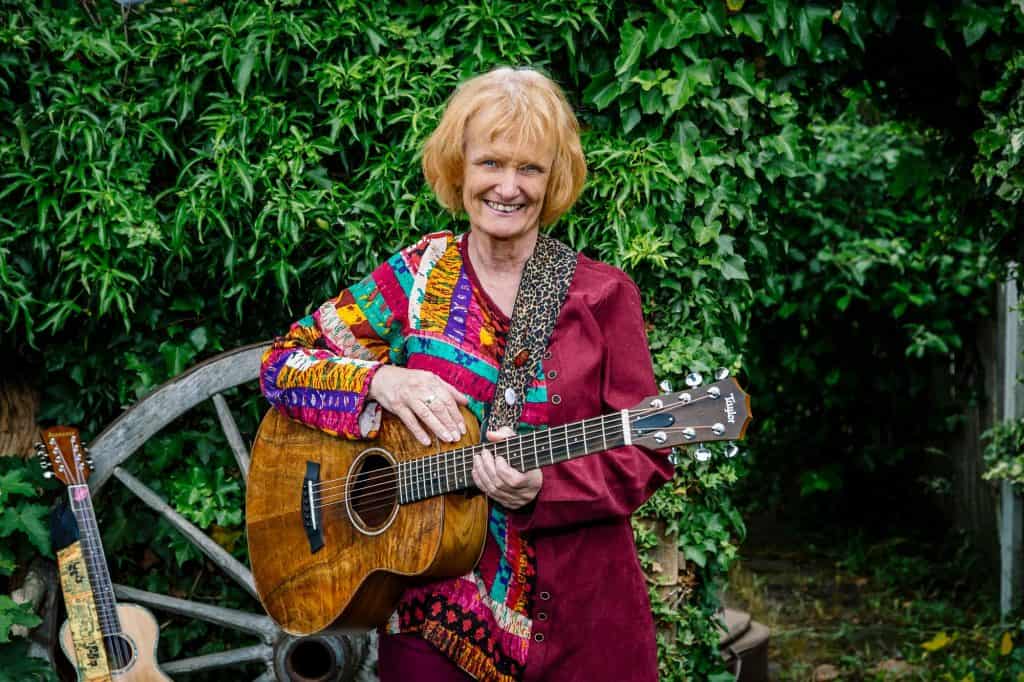 Janet is a singer/songwriter and choir leader. Her approach springs from her belief that everyone can sing if given the confidence and the opportunity. She also enjoys helping people to write and perform their own songs. And she loves harmony and exploring new and creative ways to blend voices into something communal.

Janet has been delivering work with darts for over an amazing ​28 years! She started with a freelance project at Doncaster Women’s Centre, leading a women’s singing and songwriting group. She also started Quirky Choir when we opened The Point, and they celebrated their 20th anniversary in 2019.

One of Janet’s favourite memories with darts is from a project way back in around 1995, when we worked with various groups in Rossington, creating a Rossington Songbook, a lovely performance and a festival. Janet worked with Ian McMillan to do lots of songwriting with different groups, including one with members of the local writers’ group, in particular two really creative women called Hilda and Sheila. She says:

In one session, prompted by memories of dance halls, we wrote a song called Wartime Dancing - it was a challenge because Ian wanted the word at the end of each line to become the one at the beginning of the following line - but it worked really well and I can still remember the tune we came up with.
We then worked with a local school and a dancer, Katrina Whale - I taught the song to the children and Katrina devised a dance with them. The boys really didn't want to dance with the girls, but Katrina turned that to our advantage and in the part of the dance that the girls did, they danced with shirts on coathangers - it was really poignant.
One of the joys of working for darts is that over the years I've worked with so many inspirational artists in a range of different artforms that have had an impact on my own practice.

Janet says that running virtual activities for participants made her become more comfortable with technology. This is through use of Zoom for the three choirs she leads, and working hard to find the best possible ways of transmitting sound. Janet also devised and filmed short songs and activities for darts at Home. This was a challenge, she said, especially with limited space, but she had fun creating new content and devising the best ways of including as many participants as possible. She says:

I missed the immediate feedback you get from a live session but I enjoyed the challenge!

For darts at Home, Janet created several songs and singing activities for the older people – particularly our Singing for Memory groups of people with dementia and their carers. She has made some videos for Creative Directions in the Community including a trigger for songwriting and a performance of a song written by a participant. There’s also a challenge for primary school children, based on a song that should have been performed at The Dome in Sing Out, our big schools singing event. Janet also lead weekly “live” sessions via Zoom for the brilliant Quirky Choir.