Our musicians have created lots of songs with Doncaster's Special Schools 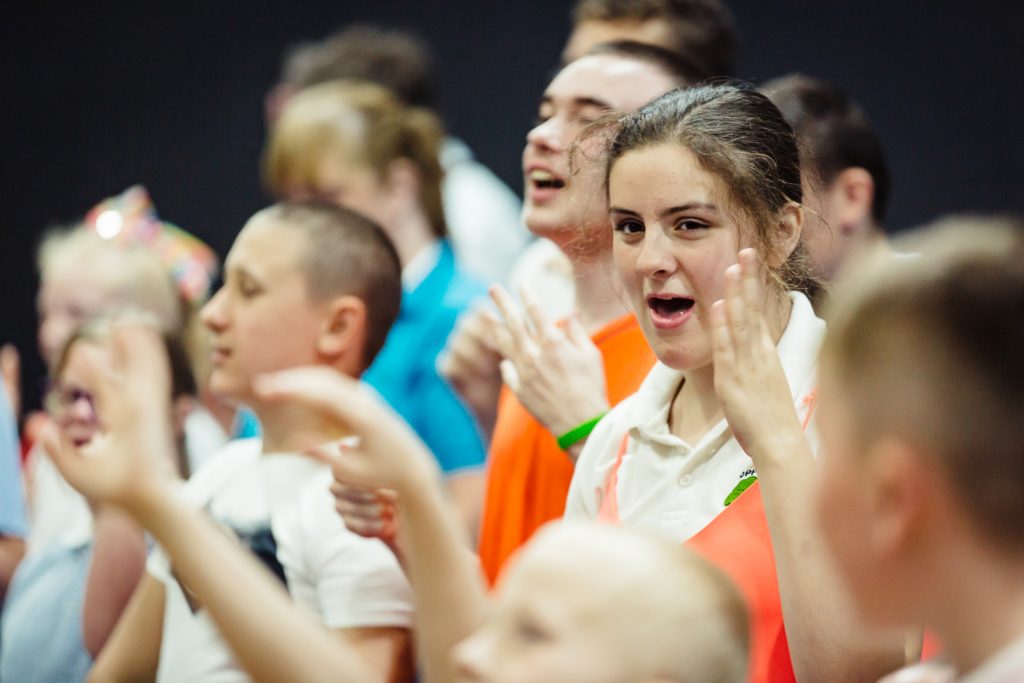 Our professional musicians worked closely with each of our Doncaster Special Schools to create a set of musical compositions, based around the theme of the environment. Each school tackled a different topic – from the plight of the elephant, to global warming. The classes took ownership over the whole process – they explored the topic, wrote the lyrics, composed the music and made the decisions about the final arrangement. When the songs were ready, each school took part in a professional recording session to capture their creations. You can listen to the tracks, or you can use the lyric sheets to learn the words and sing along – we have used Makaton symbols for each line to help you learn the words.

This song was written by young people at Stone Hill School. We explored a newspaper story about a group of polar bears in Russia, who were forced to travel further afield in search of food and shelter. They invaded a Russian town and were roaming around schools, office blocks and streets. The rap explores the perspective of the polar bears, who are just trying to find somewhere to stay and some food to feed their families.

This song was written by 2 classes at Pennine View School and has 2 distinct sections: Floods In Doncaster and Tiny Changes. The groups were due to explore the topic of global warming, so when the flooding hit Doncaster at the start of the project it felt like a good chance to make a complex topic more relatable. The classes retold the dramatic events that had unfolded in their own town and the resulting song, ‘Floods In Doncaster’ gives a great insight into the events of that week in time. Our musician then challenged the group to explore the small changes we could all make to protect our planet and try and lessen the effects of global warming. The Pennine View eco warriors rose to the challenge and Tiny Changes is a call to action – a list of ideas that we can all implement immediately to become more environmentally friendly.

Heatherwood School focused on the plight of an elephant called Grey, who spent all day looking for water for her and her baby. Elephants are territorial animals who don’t like to wander too far from home, so when the watering holes dry up, they often struggle to find water to drink, to bathe in or to cool them down. The class offered up ideas for lyrics using a mixture of speech and Makaton sign language and as ever, the staff at Heatherwood got fully involved with supporting the children (and the odd instrumental solo)! The musicians helped the group to create an African sound world – listen out for peaceful sounds of the Klangauge, the elephant foot stomps, the ocean drum and rain stick water sounds and one participant’s African drum solo, amongst others!

The groups at North Ridge Community School chose to write songs about plastic in the ocean and they really enjoyed recording their songs – especially when they saw all of the microphones! We used lots of different instruments half were giving the watery sounds and the other instruments were giving the groove. All songs we worked on together were based on call and response.

Endangered  and The Hustle of the Trees

The students at Coppice School chose to sing, play and research about the threat to wildlife in the rainforests that are slowly being eroded. One tune was called Endangered, which started as a call and response and then moved in to a rap about the different animals under threat. It’s very funky and included bird calls, drumming, shakers, singing and a participant using his computer to create the sounds of lions, gorillas, parrots and many more. The second tune is called The Hustle of the Trees, which was accompanied by a heavy drum rhythm, with some log drum and Kalimba being played.