Here are some original songs which you may like to share with the children you teach. Many of them have been created with children for Sing Out, our big primary singing event, and others are framework songs which we hope you’ll find useful in your classrooms.

We would love to know if you find this resource useful or have any suggestions for making it more user friendly. 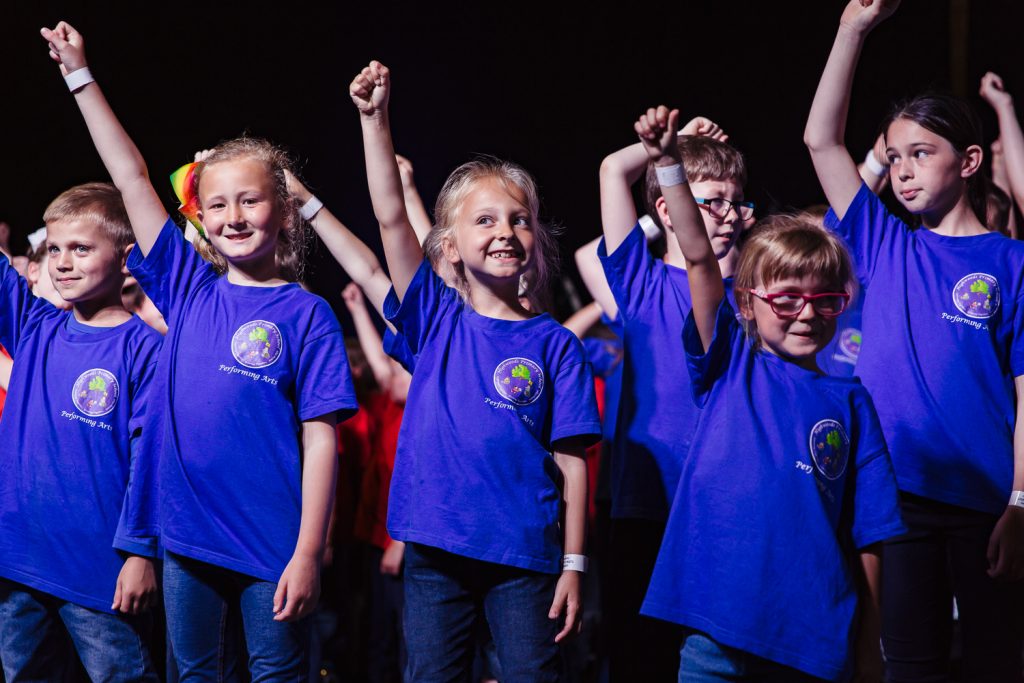 Do You Wanna Play Out?

A fun song about children’s games. You could make it more relevant for your own area by changing the lyrics in some of the verses – also the computer games will probably already be dated!

Hall of the Mountain King

We used Grieg’s well-known composition as the basis for this song. It is one of the BBC’s Ten Pieces project which is a brilliant resource for introducing children to classical music.

I Can Only Think Of The Sky

A song about children’s aspirations – the title was word for word what a girl said in the songwriting workshop – “It’s such a big thing to think about, I can only think of the sky!”

Another song based on a classical piece by Vaughan Williams.  The two schools involved took very different aspects of the composer’s life – one focusing on the idyllic rural scene, the other the brutality of war.

The title says it all! It was a really fun song to write. The best moment was when an Ofsted inspector entered the room when we were singing, “A monster came out of the lake!”

This is an amalgam of a few short songs created by children during a project which focused on celebrating their cultural heritage. There are some Polish phrases in there as well as some Romany words used by British Gypsy Travellers. We also used Makaton sign language in our performance!

I learned some Roma phrases for the We Speak Music project and wrote them and their translations into this song. You could use this as a framework for other languages too.

I Am A Gypsy

A song written as part of block of work celebrating British Gypsies – I went into schools with a box of objects and photos to inspire the children about the culture and this song was kicked off by a traveller child in the class.

There Are Lots of Ways to Say Hello

A very popular framework song to celebrate different languages spoken in the classroom – both as the first languages of some of the children and as those proudly spoken as a second language. This can go on and on!

Come and Go With Me to that Land

Not an original song but part of American folk and blues culture and useful for allowing children to celebrate the countries they come from.

It’s OK To Be You

Another popular framework song encouraging children to celebrate each other.

On the Cat Walk

A framework song celebrating anything a child is wearing – let the child choose. They can also dress up in scarves, costumes etc.. I usually get the class to stand in two lines to form a catwalk and ask the child to walk along it in an appropriately confident manner!