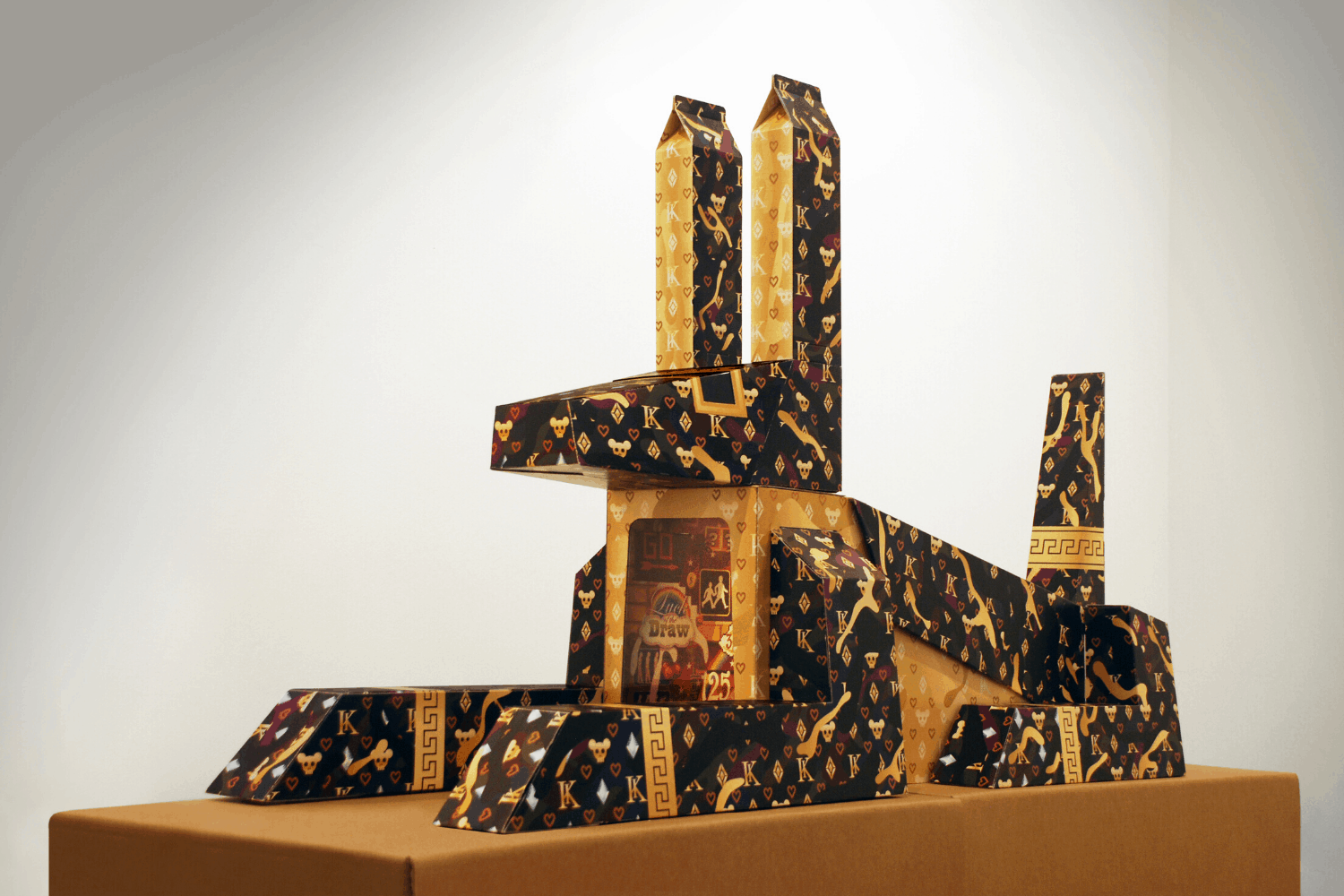 The exhibition made connections across time and space to show how the myths of ancient times impact our aspirations, fantasies and fears today.

Mythomania is a touring exhibition from 20—21 Visual Arts Centre.

This family-friendly exhibition was based on the much-loved children’s book, Wow! Said the Owl by Tim Hopgood.

The exhibition was specially designed to appeal to families and especially under five-year olds, with lots of sensory and interactive elements.

In the book, a little owl stays awake during the day for the first time and is amazed by all the colours she sees, ‘Wow! Said the Owl as white fluffy clouds floated across a bright blue sky’.

The exhibition gave children the same sense of wonder and amazement by introducing them to colours and inviting them to be creative by playing with shapes, puppets, costumes and drawing. 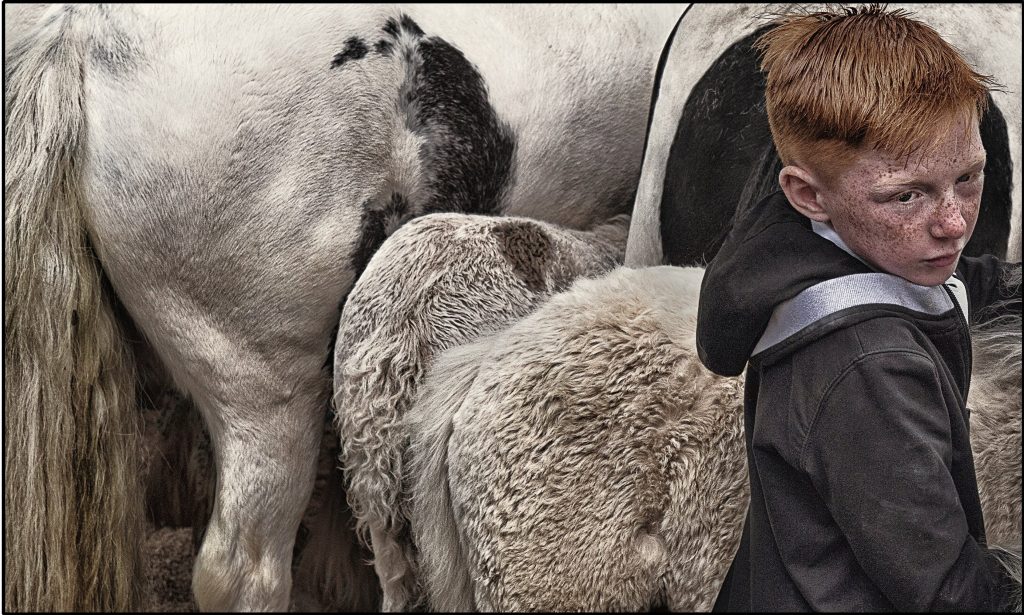 The Royal Photographic Society (RPS) is a leading voice in the world of photography.

At the RPS annual Members Print Exhibition, we saw the beautiful work of award-winning photographers which represented the depth and breadth of the Group’s work.

Each of the fascinating pieces was displayed in print form rather than digital, achieving the highest possible quality of visual art photography. 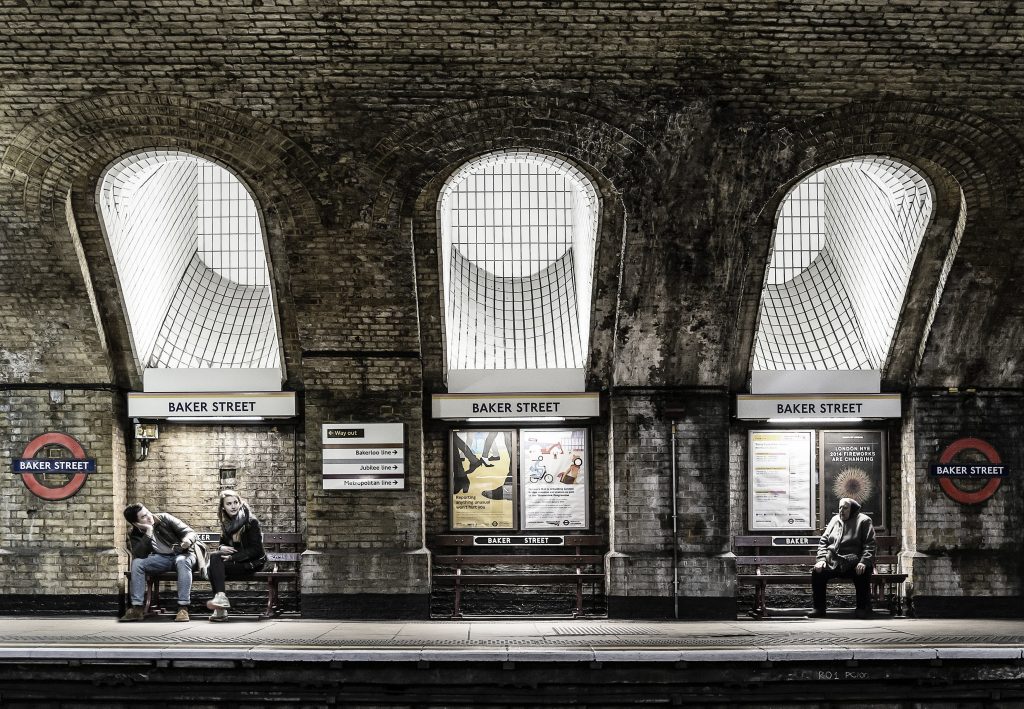 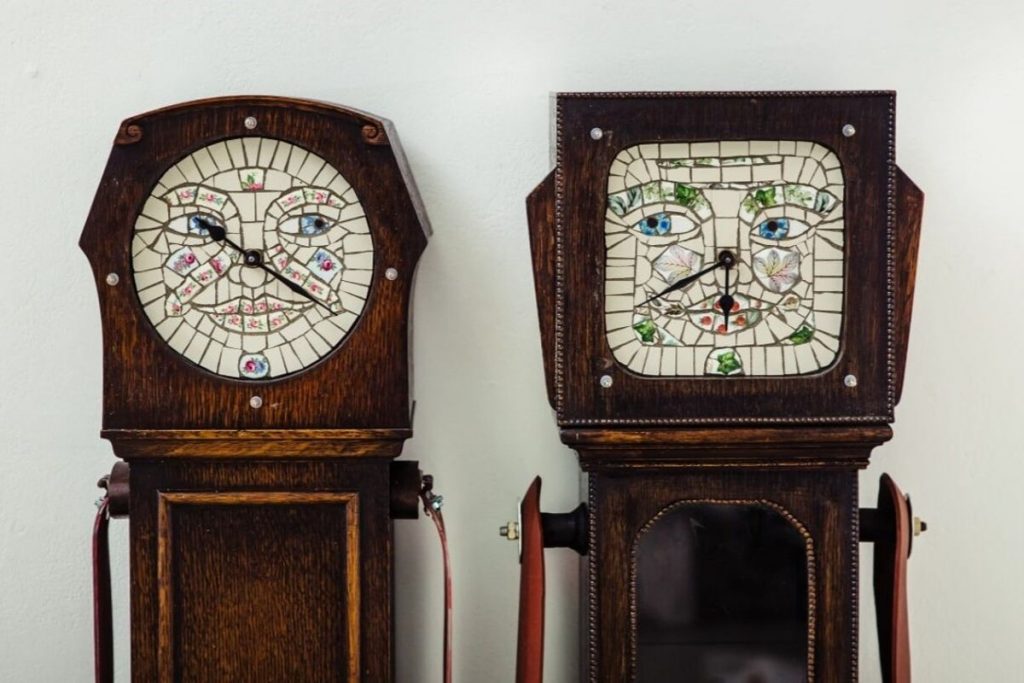 Combining White’s humorous style with Wray’s quirky sculptures, their interactive creations encouraged us to reflect on what it means to be human.

Human Machines is a touring exhibition from 20-21 Visual Arts Centre. 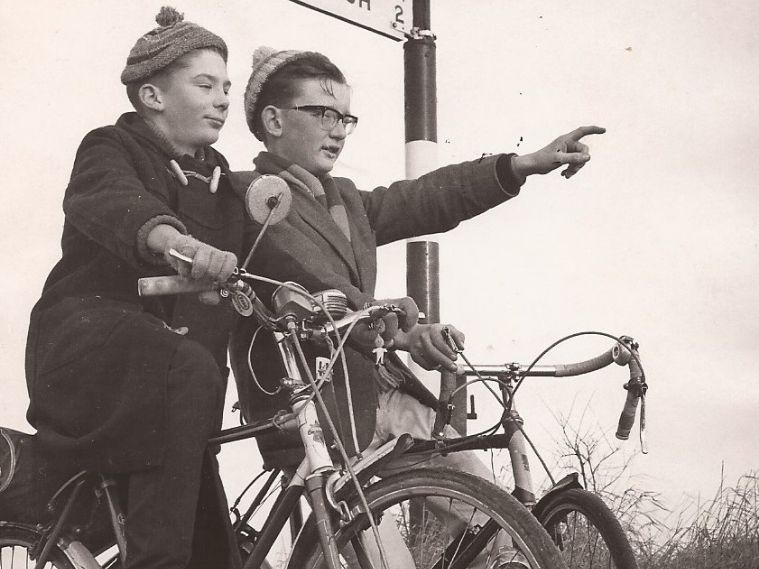 From 7 – 28 September 2019, visitors could discover Doncaster’s fascinating cycling stories and explore its amazing cycling history in our gallery space.

The exhibition showcased some of the incredible stories and cycling memories collected as part of an 18-month project funded by The National Lottery Heritage Fund. These featured alongside a collection of cycling artefacts, as well as a film inspired by Doncaster stories about freedom, companionship and the joy that cycling brings to people’s lives.

(Image 1 courtesy of Janet Roberts, with thanks to Terry Freeman and Stephen Roberts)

From 9 March to 2 August 2019, The Point’s gallery was home to Scribble, Doodle & Draw – an exhibition which transformed our gallery into a giant comic strip!

With characters to meet, stories to follow and opportunities to learn how to draw like a comic artist, this exhibition was perfect for losing yourself in an imaginary world. It featured original pieces from published artists Jim Medway, Ed Syder and Tor Freeman who have painted directly onto our gallery walls. There were plenty of opportunities to create your own artwork and be exhibited alongside the professionals!

Read a review from a couple of our young visitors – 12-year-old Rufus and 7-year-old Wilf kindly shared their thoughts on the exhibition when they popped by!

Quirky Choir was formed by darts (Doncaster Community Arts) to launch the opening of The Point in 1998. November 2017 marked Quirky Choir’s official 20th anniversary and the members spent the year creating a new body of work in collaboration with professional musicians and a range of community groups.

Janet Wood, leader of the choir, steered the project towards a final exhibition to showcase their work. The choir worked with creatives including Ian McMillan, Luke Carver Goss, Hayley Youell and Lucky Moyo in order to explore new styles and create new work.

ARTIST ROOMS: Bill Viola was the result of a collaboration between darts, Tate and National Galleries of Scotland. The exhibition drew from their project ARTIST ROOMS, a touring collection of over 1,600 works of modern and contemporary art, displayed across the UK in solo exhibitions.

The exhibition marked the first time that internationally renowned video artist Bill Viola’s work had ever been displayed in Doncaster. Viola’s art tends to be simple in style whilst making the use of state-of-the-art technologies, and focuses on shared human experiences such as birth and death.

These microbes – designed by Spacecadets Air Design – transformed our gallery into a glowing landscape of suspended inflatable microbe pods. Vibrantly colourful and enticingly tactile, visitors could walk among them, feel them sway, and watch how they breath.

Photography and science are intimately linked. Photography would be impossible without science – chemistry, optics and electronics have all played their part in helping us gather images. Yet photography is often invaluable in science, either in recording science or in communicating it to others.

The Royal Photographic Society – International Images for Science exhibition showcased fascinating images illustrating how photography is used in science and the role it plays in our everyday lives. Since its foundation in 1853, the Royal Photographic Society has been dedicated to supporting and promoting both the art and the science of photography.

Rebel Daughters commemorated the 100th anniversary of the first votes for women, and launched a year-long programme of activity in partnership with Doncaster Museums. It showcased a range of voices of all ages and explored what being a ‘rebel daughter’ means to them.

Just under 60 women artists based locally, nationally and internationally were selected to show their work from an overwhelming number of submissions to an open call in 2017. Rebel Daughters celebrated the passions and interests of women artists today, from the resin cast of a pig’s head ‘Teacher’s Pet’ by Michelle Clarke Stables to exquisite underwater photographs retelling the story of Shakespeare’s ‘Ophelia’ by Nicola Jayne Maskrey and photographs from the ‘Defying Conventions’ series by Shannon Langley, which places girls at the heart of a revolution.

Me Myself & I explored the personal experiences of people with autism at three key stages of life: as children, as young adults and as older adults. The exhibition featured a series of large scale pictures created from mixed media including found objects, embroidery, ceramics and paint.

Me Myself & I is a project funded by The Lottery through their People’s Projects scheme. Artistic Spectrum, a not for profit organization based in Thorne, South Yorkshire, won a public vote for the funding to work with adults and children with Autism. The sessions have been run at their ArtSpace in Thorne, and at outreach sessions across the Borough of Doncaster.

Elephant in the Room

The Sand House, a large dwelling carved into sandstone made Doncaster famous from 1850 until WW2.  This exhibition recreated the 40-tonne Elephant and Mahout found in The Sand House. The sculpture was made from compacted sand by artist Jamie Wardley.

An exhibition which celebrated the diverse world of animation. This exhibition made its debut at The Point in July 2015 and gave visitors the chance to meet Morph, see their faces come to life and fly around with wings or turn their friends into skeleton avatars. The use of 3D zoetropes, computer generated images and virtual reality headsets made this an interactive exhibition that everyone could enjoy.

Nick Sharratt, the illustrator behind the instantly recognisable illustrations for Jacqueline Wilson’s Tracy Beaker books and other much-loved characters from the hundreds of books he has written and illustrated, was the subject of this colourful, humorous and hands-on touring exhibition.

Exploring Nick’s passion for drawing, from childhood to his current status as an internationally renowned illustrator and author, the show featured many of the well-known characters illustrated by Nick over the years, including Tracy Beaker, Daisy, Lizzie Zipmouth, Hetty Feather, Caveman Dave, Pirate Pete and Billy Bonkers.

Visitors immersed themselves in Nick’s world, entered a recreation of his studio filled with the tools of his trade and the stages involved in creating one of his illustrations. There was also the chance to try a range of different drawing techniques and materials, including the opportunity to create their own digital ‘Sharracter’.

Shifting Perspectives is more than just an exhibition of photographs. It is an experiment in the power of visual imagery in changing and challenging perspectives. The images are of everyday interactions: people playing football, going for a walk, having a day out at the fairground… But the people in the photographs have Down’s syndrome.

The images of Down’s syndrome that you may be familiar with tend to be either medical – focusing solely on the physical characteristics that mark the individual out as having Down’s syndrome – or images inspiring pity to encourage financial donations. The images in Shifting Perspectives are different. They present people with Down’s syndrome as individuals, defined by more than their genetic code. The photographs show human beings with personalities that are influenced by their families and their environment, as well as their own hopes and aspirations.