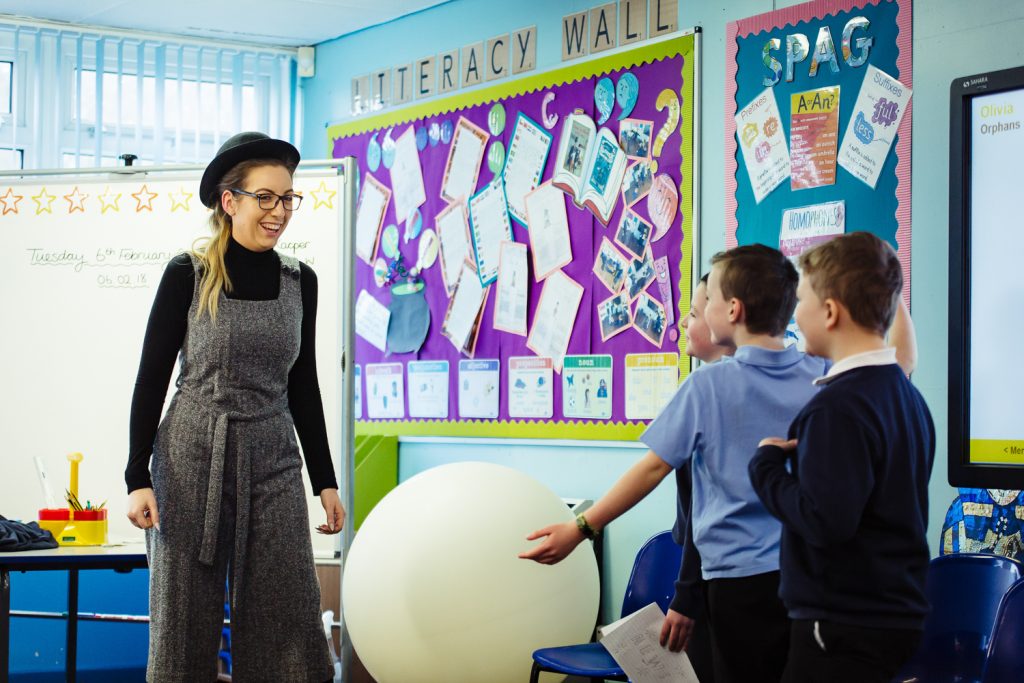 Teaching In Role is a drama technique that allows the class teacher to step out of their normal role and take on an alternative character in relation to the subject being taught. In this way, the teacher can stimulate discussion and debate in the class.

We worked with seven primary schools in total over a year, implementing Teaching In Role to improve reading and writing.

So what did we find? Here are some of the basic stats from the programme:

In particular, through pupil data, teacher audits and artist logs, we found evidence of:

Children enjoyed the sessions and gained confidence; they have been impressed by particular students who are usually quiet taking part, performing in class or responding and engaging more. Schools noted a high level of enthusiasm.

“They did not want to stop and we ran over time quite considerably, even at the point that we were doing writing.”

Data showed that more children were confident readers at the end of the programme, and more said they enjoyed it and chose to read more frequently.

“Drama ignites children’s imagination and interest in stories in general, which in turn has made them more interested in reading.”

In terms of writing, pupils demonstrated better understanding of emotions and personal qualities within characters in texts, their vocabularies developed and they were eager to begin writing their own stories, even pupils who were usually reluctant to write. 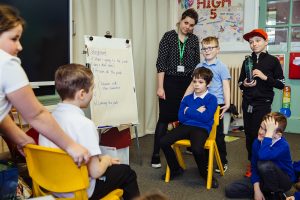 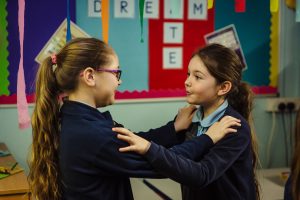 Teachers noted that children were ‘really caught up in it’, even pupils they expected to lose focus. Pupils enjoyed the use of props, the element of surprise in ‘meeting the character’, and the fact that they themselves were placed at the heart of the action, which in turn helped keep their focus.

“A lot of the children who, if I was up in front of the class teaching, would not be listening or focused were focused, engaging and enjoying it the whole time.”

Teachers found that being in role themselves and allowing the children to take on new roles became a shared experience and allowed them to play alongside the children. This created a different learning method, with pupils modelling themselves on the adults taking part alongside them. Teachers also noted that the sessions provided them with inspiration for how they could use the exercises in other areas of learning, and that their confidence had significantly risen when it using drama as a tool to improve learning.

“My lesson was being observed and I used some drama as part of my session. Not only did I feel confident in my ability to use drama but also the ability of the children to do it well.”

Please make use of our free Teaching In Role resources here.

For other ways darts works with schools, please visit our Schools page here.