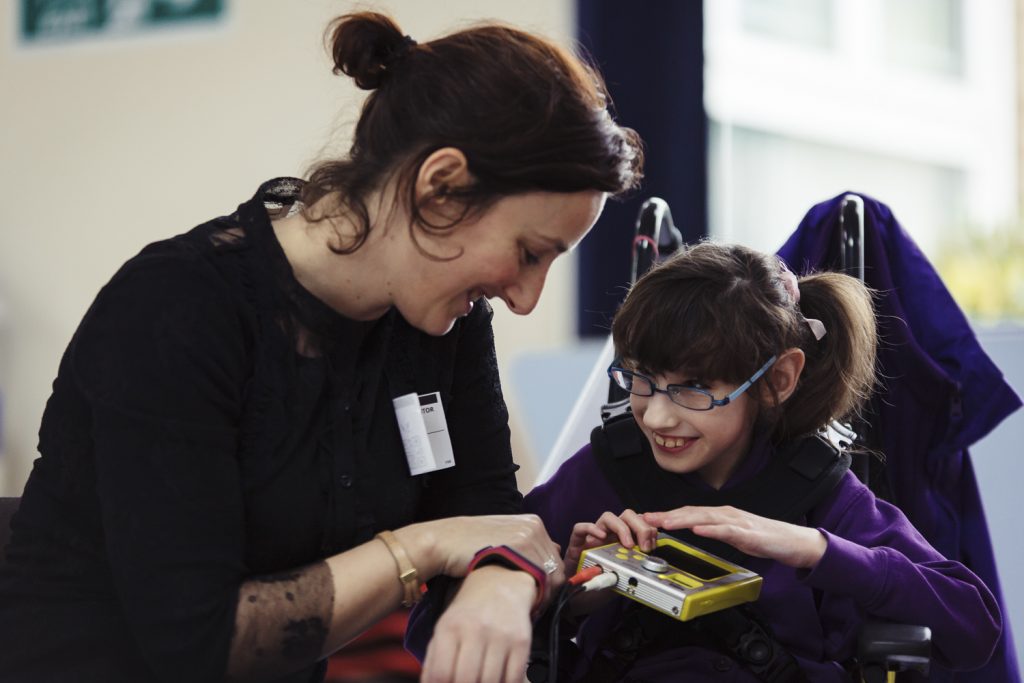 Our Youth Music funded Project ‘We Speak Music’ has had a fantastic first year, packed full of music-making, signing and fun. Teachers and support staff from four of Doncaster’s Special Schools have been working collaboratively with our musicians to increase pupil voice, choice and independence through the use of music and Makaton. In the first year we have delivered 67 creative workshops and worked with 61 pupils with a range of disabilities, including those with profound and complex needs, across Heatherwood, North Ridge, Coppice and Pennine View Schools.

Over the course of this year, these accessible, enjoyable and quirky sessions have allowed children and young people to experience a wide variety of music-making opportunities, designed to find out where their individual interests and skills lie. They have created their own compositions in song-writing workshops, tried out new and unusual instruments and shared their original compositions with a live audience at Doncaster’s ‘Special Schools Sing’.

Children and young people have also had the opportunity to work with guest music leaders to develop skills in specific fields of music. For example, DJ Rob Pearson worked with pupils at Heatherwood School to create a multi-layered jungle soundscape, recording vocalisations alongside traditional instruments and manipulating them with digital technologies such as a loop pedal. All children were able to contribute to the composition and were excited to experience new ways of making music.

Over the course of the year our artists supported pupils to complete their Arts Award, recognising their achievements in developing their creativity, learning new skills and sharing them with others and all are on track to achieve their Discover certificate. Of the first year, artists said:

Children really know us now and feel comfortable. Makaton [has become a] part of the natural flow of communication.

As well as increasing Makaton use within the school environment, ‘We Speak Music’ also aims to promote the use of Makaton at home. To encourage this, musician Janet and Local Registered Makaton tutor Lucy ran two very successful Saturday sessions at our building The Point. A mix of parents, carers and professional support workers attended alongside children aged 5 – 16 with a range of additional needs. Some of the families that came along already use Makaton at home, whilst others were aware that their children used Makaton at school but weren’t confident to use it themselves. By incorporating songs and signing, the group learnt around 20 useful signs to use at home with the children. These included signs around feelings, food, transport and the people in our family.  A handout was available at the end so everyone could practice at home. Many wanted to know how to access more training and were interested in taking part in regular music and Makaton sessions at The Point.

We recently welcomed the second cohort of children from Doncaster’s Special Schools on to the project with a special event at The Point featuring live music, activities and of course – lots of Makaton! Following last year’s successful performance by folk band Iris, our artists Dyzelle, Gary, Janet and Lucy hosted two intimate performances for pupils from Heatherwood and Coppice schools, who were able to get up close with their instruments, practice their signing and interact with the artists. We are excited to see what fantastic music all four of the schools produce over the course of the second year!

Many thanks to Youth Music for supporting this project.