Thanks to Youth Music, we are running a three-year music project called ‘We Speak Music’ that aims to encourage a passion for music-making and develop the confidence of children with disabilities to communicate with teachers, families and mainstream peers through Makaton.

Children and young people from Pennine View, Heatherwood, North Ridge and Coppice Special Schools are now working with musicians to write and share their own new music with each other and a wider audience at Doncaster Music Hub’s annual Special Schools Sing. Over the course of the year the children are also being supported to complete their Arts Award Discover certificate, recognising their achievements in developing their creativity, learning new skills and sharing them with others. 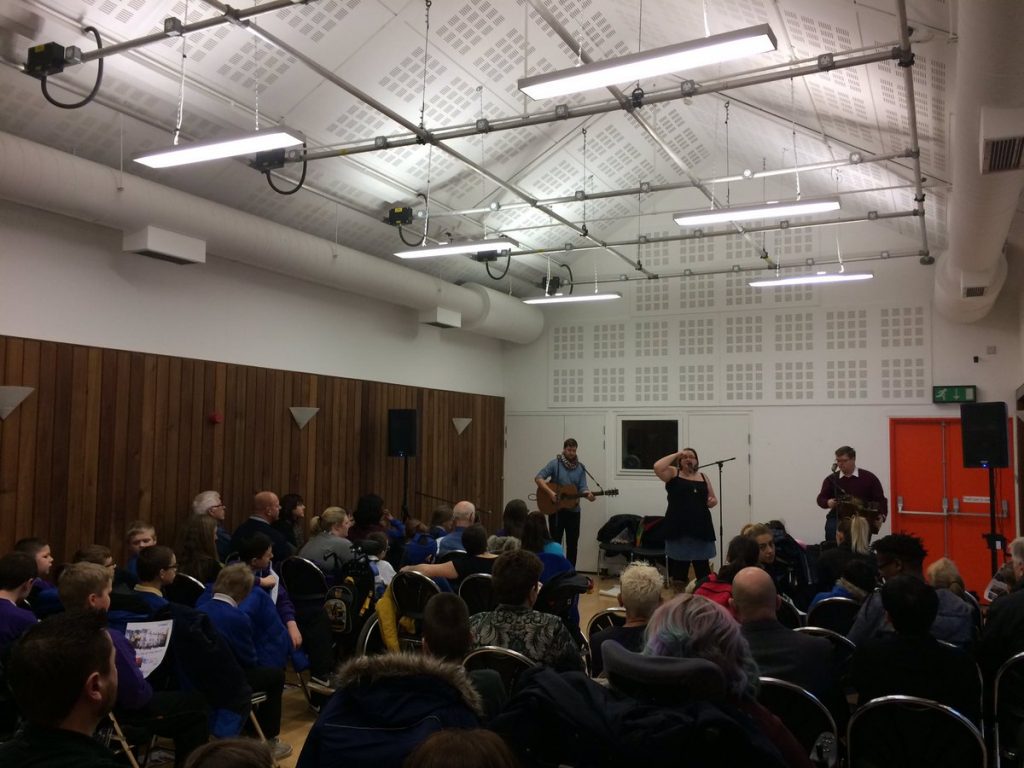 The project was launched at The Point with a live performance from band Iris. Named after the Greek Goddess of Communication. Singer, Cat Kelly uses signing as she sings to speak with her audience. She’s an expert in using Makaton to get across the meaning of her songs rather than a basic translation of each word.