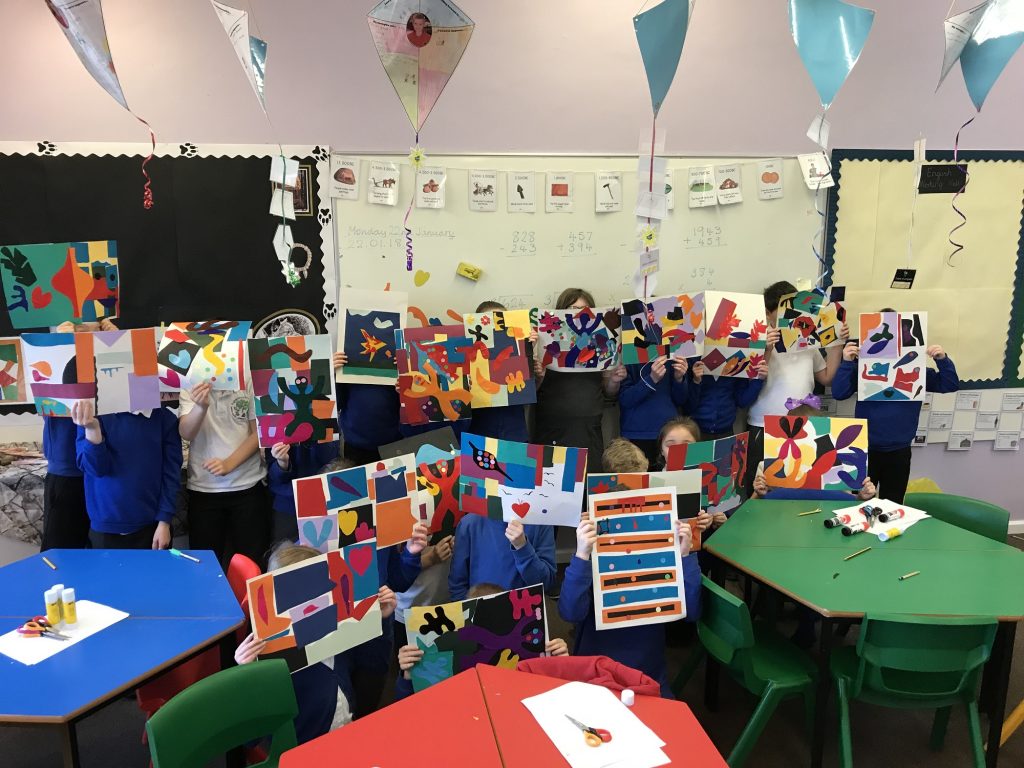 Over 500 KS2 pupils from four Doncaster primary schools have spent the 2017/18 academic year working with darts and Cast as part of a UK-wide project funded by Children and the Arts. The Start project partners schools in high need areas of the UK with their local arts venue, who provide access to three year programmes of inspiring and creative arts activities.

Over the course of the first year, pupils from Branton St Wilfrid’s Primary, Highwoods Academy, Intake Primary and Windhill Primary have taken part in a number of high-quality arts experiences. They have visited traditional pantomime ‘Beauty and the Beast’, seen art work on display at The Point including ‘Matisse: Drawing with Scissors’ and The Royal Photographic Society’s ‘International Images of Science’, had visual art and drama workshops in school delivered by professional artists and returned to Cast for a second visit to see performance ‘ANiMALCOLM’.

Year one of the project culminated in the summer term with the ‘Cultural Challenge’ – an opportunity for the schools to present their young people’s creative work and celebrate their achievements. Participating schools were set the task to create their own art works using the themes within ANiMALCOLM as inspiration.

All about a boy who hates animals but loves technology, ANiMALCOLM combined physical theatre, puppetry and storytelling to bring David Baddiel’s funny and engaging children’s book to life. Pupils followed Malcolm on a bizarre school trip to a farm, which resulted in him starting to understand animals more deeply than anyone! As Malcolm found out – life as an animal is wild so pupils and teachers were encouraged to be wild with their ideas.

A CPD session provided teachers with the opportunity to explore the concept of the Cultural Challenge, as well as demonstrating hands-on visual arts techniques. Suggestions for in-school activity included paper or digital collage based on the work of Renaissance artist Giuseppe Arcimboldo, 3D totem pole sculptures and animal/technology hybrid masks incorporating recorded sounds. We are delighted to share images of work produced by Intake Primary School below and are excitedly waiting to see what the other schools have produced!