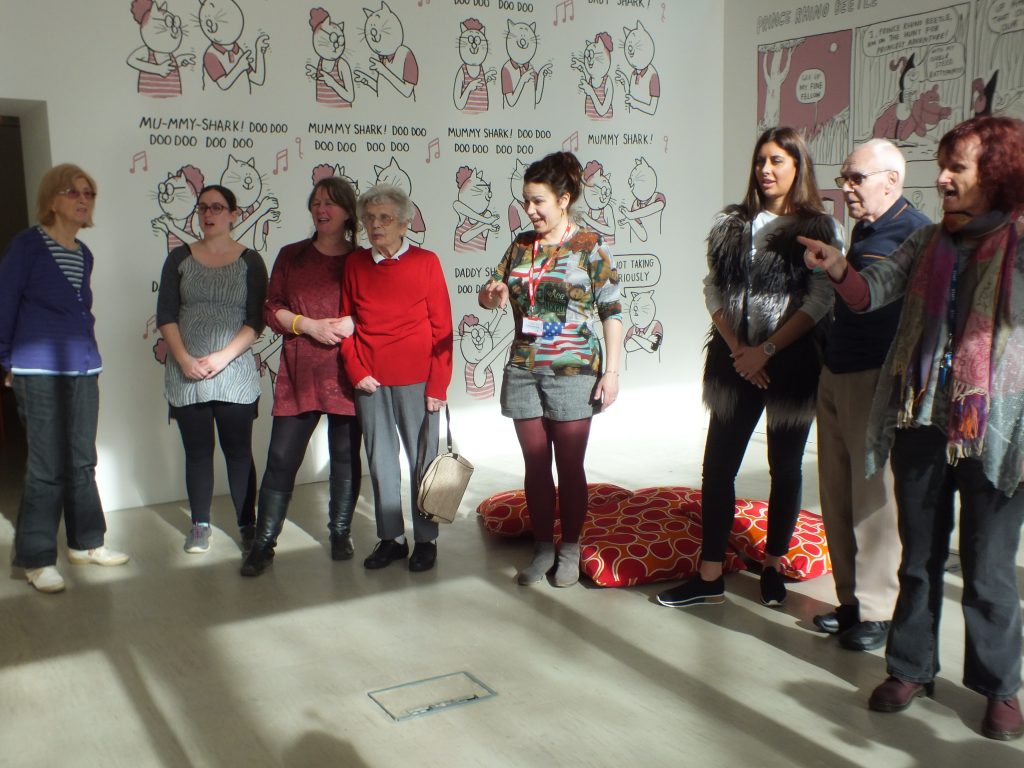 In the Moment is a collaborative project brought together by Doncaster Dementia Partnerships CIC working with darts, Cast, Heritage Doncaster and dementia specialists. The project aims both to increase dementia friendly activity in the town centre and to make three central Doncaster venues (The Point, Cast and Doncaster Museum) more dementia friendly.

Home Instead delivered a training session for staff from all three venues. This proved a valuable opportunity to develop shared practice and agree approaches. We discussed creative ways of responding to participants’ sudden changes in behaviour and personality and how this can be woven into our approach.

At our building, The Point, darts Musicians, Gary Hammond and Janet Wood, Drama practitioner, Val Holland and Poet, Ian McMillan brought a range of approaches and inspirations to the group, using the idea of play through song, movement, improvisation and shared ideas. Participants enjoyed being challenged and the mix of playfulness and repetition enables brains to be exercised positively. Inspired by the work of John Killick, artists have been collaborating with people with dementia and their carers using improvisation and humour. People with dementia tell us that seeing funny things consistently over time is respite from confronting daily challenges: it’s much easier to laugh in a group than on your own. Loss of conversational skills is an early marker of dementia, and language deterioration has been identified as the primary problem in coping with the disease. Participants explore language, experimenting with non-verbal communication involving facial expressions, gesture or mime. Use of Makaton symbols and signs improve communication.

Artists have enjoyed the challenge – both of collaborating with each other and the group:

What an utterly miraculous In The Moment session yesterday, making an interactive piece that began with the baby and ended up dancing on an island...the kind of session you want the funders to see - Ian McMillan.

The element of surprise – taking whatever the group offers: a word, a dance or an object, and turning this into engaging creative output makes sessions different to anything else the artists deliver. Ian McMillan also said:

In In The Moment we made songs and soundscapes and pieces of drama that ended up being about themselves, improvisations that seemed to last forever or for no time at all. The chairs would be in a circle and people would come in and join the circle and the sessions would, at their best, just grow out of the chat that started when people joined the circle... Someone would say something and someone would respond and something would start to be made that wasn’t there before. People would join in or they wouldn’t, but the sense was always there that the people who weren’t joining in were as much a part of the session as those who were.

Sometimes someone would be engaged for the whole session or just for a few minutes; people came and went, but their artistic presence lingered after they’d gone. In the best of the sessions there was no division at all between the people who were living with dementia and the ones who weren’t. In a kind of utopian way we were getting an image of what the arts could become: they can be a truly level playing field where we can all (if you’ll excuse the frivolous word) gambol.

Group members have given some lovely feedback:

Positive and inspirational
Just wanted to say a big thank you for your great 'In The Moment' sessions. You've enhanced our lives… Alma is still on her feet and laughing. 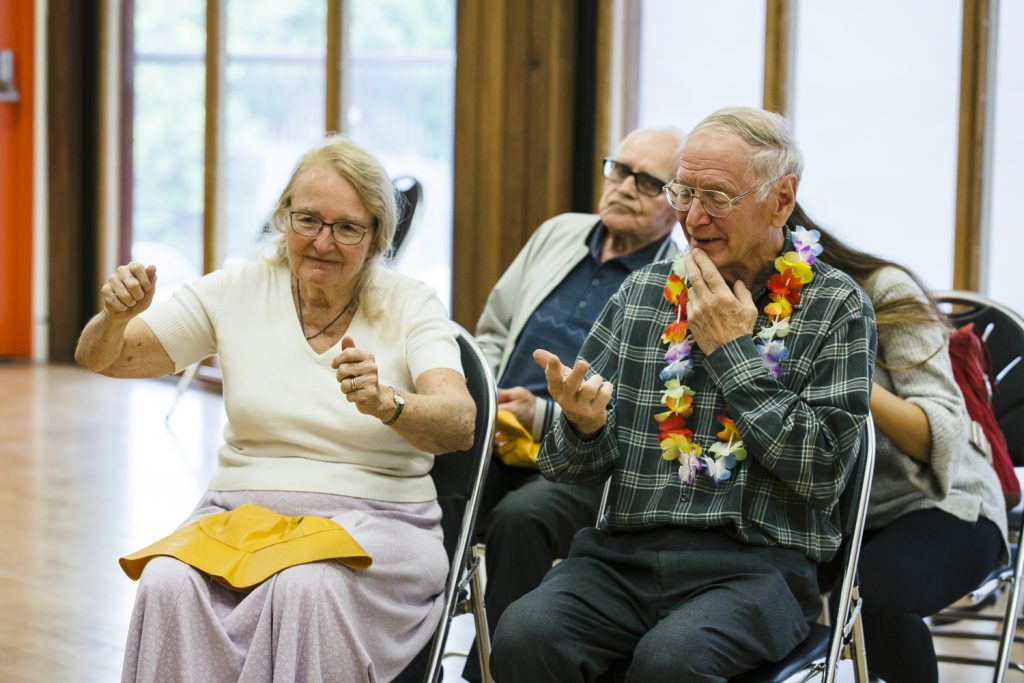 Cast artists have been hosting a Dementia Friendly Play Reading Club and a number of dementia-friendly performances.