Our approach to using music and Makton to improve communication 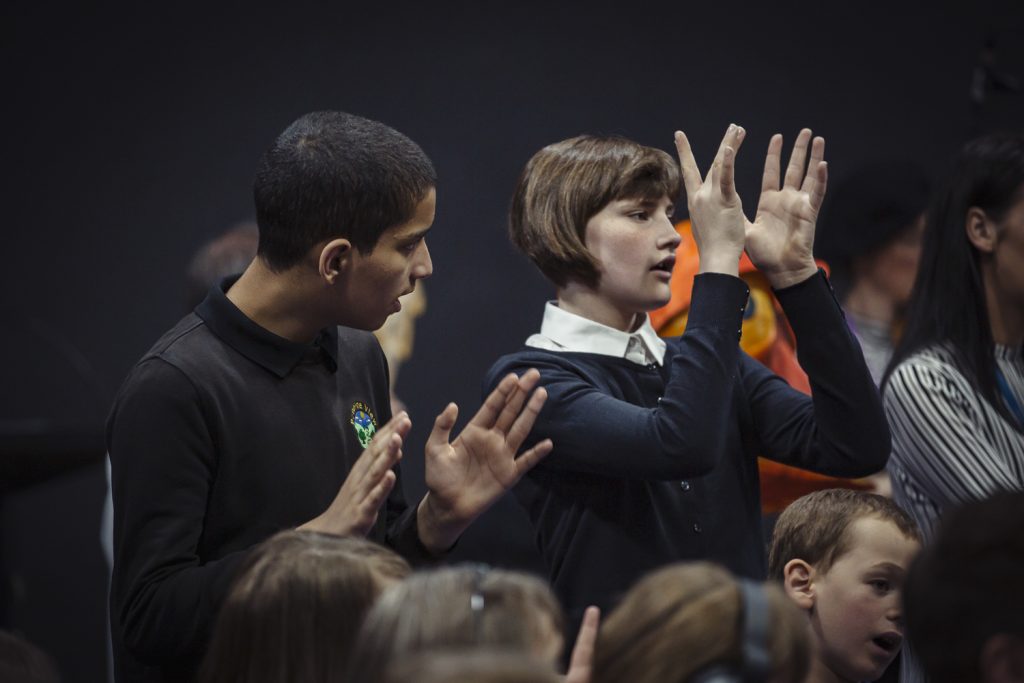 We Speak Music was a three-year project funded by Youth Music. Through the project, musicians explored the use of Makaton and Music to develop communication skills in children and young people. We worked collaboratively with teachers in Doncaster Special Schools and found that musicians co-designing lessons and delivering alongside (rather than in place of) teachers had the most impact. By incorporating hands-on CPD within the programme, teachers not only became more confident in using music in the classroom, but they also hugely improved their consistent use of Makaton.

Makaton is a unique language programme that uses symbols, signs and speech to enable people to communicate. It supports the development of essential communication skills such as attention and listening, comprehension, memory, recall and organisation of language and expression. More information can be found here: Home (makaton.org)

I have certainly noticed an increase in confidence of the children and staff. Some were reluctant to join in at first but now really enjoy every session. (Teacher)

We worked with cohorts of young people, moving the focus to a new year group each year whilst continuing to work with previous cohort less frequently. We found, however, that it was those young people who engaged in the project for the full three years who became really skilled and confident music makers – particularly in terms of rhythm, beat and songwriting. Musicians found that the most effective way of embedding both musical technique and Makaton vocabulary was to repeat an idea week after week, whilst keeping it fresh so children don’t get bored. It really does take time to build trust and see progress.

The young people are getting the hang of dynamics and adapting to gentleness, softness etc. in rhythm and in time…They’re now thinking like musicians. (Musician)

Makaton really tied the whole project together and enabled everyone to communicate. The children were the experts in many cases, which was so refreshing! Our musicians developed their skills in using Makaton so that children were able to express their feelings and choices through the use of signs or symbols, to extend their vocabulary by learning new signs linked to the songs created and to help them to improve communication between the music leaders and the other children. We found that using Makaton reduced children’s frustration and helped to increase their confidence in taking part.

What’s been interesting for me…is how embedded Makaton is in the music, as it helps us learn new signs and pulls it together in class outside of the music sessions. The children love We Speak Music and it brings them to life... (Teacher) 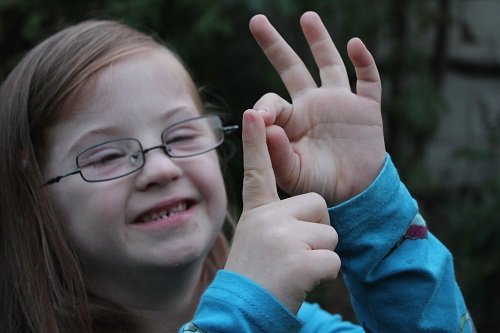 Both musicians and teachers gave us many examples of the significant progress made by children engaged in the project. From starting points where some children wouldn’t make eye contact or speak, to them DJing to a packed audience or belting out a song up on stage, we saw some phenomenal journeys that have surpassed our expectations.

Shelly for me has been amazing. I didn’t know she could speak at all when I first met her but her rhythm was fantastic. Then she learned all the signs and today she actually sang! That’s been an amazing journey with quite big changes (Musician)

One of the key learning points for us was the importance of providing opportunities to perform. We are often nervous about placing too much expectation on children to perform to an audience so we built up the idea of performing through small informal sharings in familiar settings so children get used to standing up in front of other. New songs were created by the children themselves so they had a real sense of ownership over them and wanted to share them with others.

One pupil, who has speech and communication difficulties, took to the stage…and sang in front of 60 people with real confidence. Over the three years he has gone from struggling to communicate to performing brilliantly in front of an audience. (Musician)

We have learnt so much from this project and the results really have been astonishing. There is evidence that Makaton is a valuable tool in supporting improved communication, as well as developing a whole range of other skills including musicianship, confidence and resilience. We still have lots of ambition to build on what we have learnt in order to develop and scale up this approach.

Do get in touch if you are interested in hearing more: helen@wearedarts.org.uk