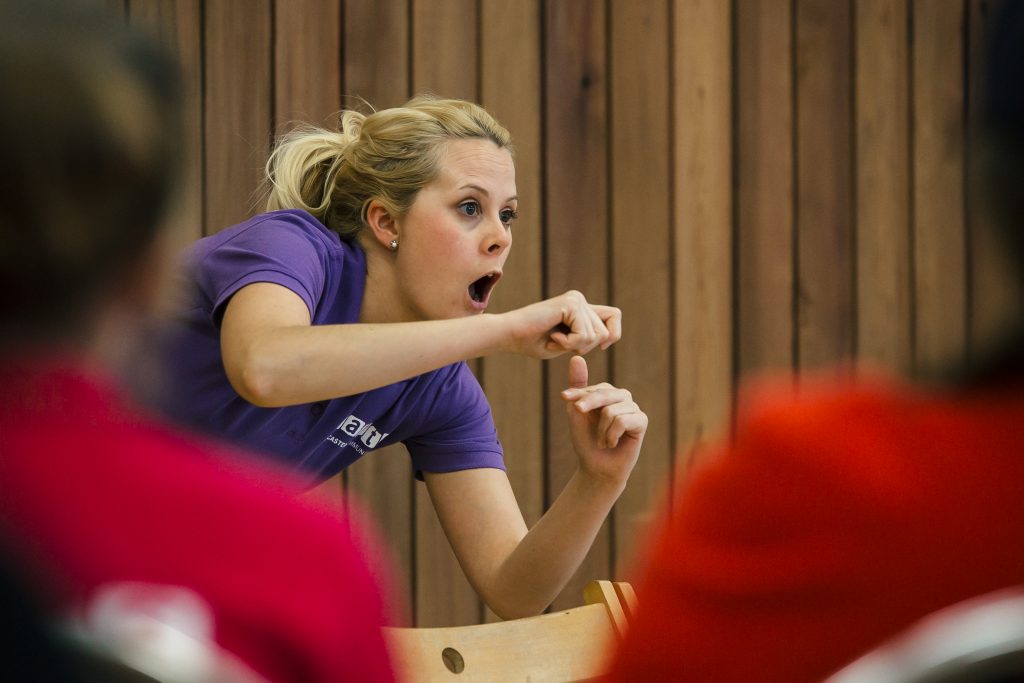 darts was commissioned by Doncaster Council’s Health and Social Care team and Clinical Commissioning Group to develop an awareness raising performance piece exploring local experiences of Dementia. The piece was devised following conversation and consultation with many Doncaster residents from across the borough. It focused both on the experiences of those with the condition itself as well as the impacts on those who take on a caring role. Some of the experiences were surprising and changed people’s perceptions of what it means to live with dementia and how this affects everyday life.

Performers Layne Harrod and Trevor Jones along with Manager, Lucy Robertshaw as facilitator, delivered performances in community based venues across the whole borough to large and attentive audiences. Some performances were to the general public, and others took place in businesses and workplaces with the aim of making Doncaster more dementia-friendly overall.

The piece was highlighted in the Dementia Getting There Celebration Event co-ordinated by Doncaster Dementia Action Alliance and was performed in partnership with Tunstall Telecare (a locally based, international company delivering pioneering technology enabled care services and innovations that support older people and those with long-term needs to live independently for longer) at Cast as part of Dementia Awareness Week. The piece received much critical acclaim from professionals working in the health and social care sector, frontline staff in leisure, business and retail and members of the public alike – Kim Beresford from The Alzheimer’s Society said:

The performance was powerful. I had to look away often as I had tears in my eyes and I wasn't the only one. The actors were amazing and play was completely brilliant -I was so moved. I told all my friends -
If you can get to one of the performances, do!

We were recommissioned to deliver a second phase of the project for a targeted audience including adults with learning disabilities, black and ethnic minority groups, the d/Deaf community and the Gypsy and Traveller community. Over three months we performed to 312 local residents, school and college students and professionals in 8 venues across Doncaster. Again, audience response has been overwhelmingly positive:

Excellent performance – asked many questions and demonstrated things I have seen but not necessarily recognised.
This was an eye opener. The performances were excellent and very real.
Performance excellent, thought provoking, should be mandatory for anyone working with the public.

We learnt a great deal from developing the piece and made sure that audience feedback was reflected as the performance developed.  Some audience members felt the piece should have reflected the later stages of dementia and we devised new scenes to respond to this. The general feedback we had was that there is a need for a regular offer for those with both young onset dementia (age appropriate content) and for those in the later stages of dementia and their carers. Working closely with Doncaster Council and CCG has enabled us to keep the show fresh and relevant to those living in Doncaster.

arts and health   case study
download the report here
try these next
dementia
past project: a life of my own
past project: new perspectives
newsletter