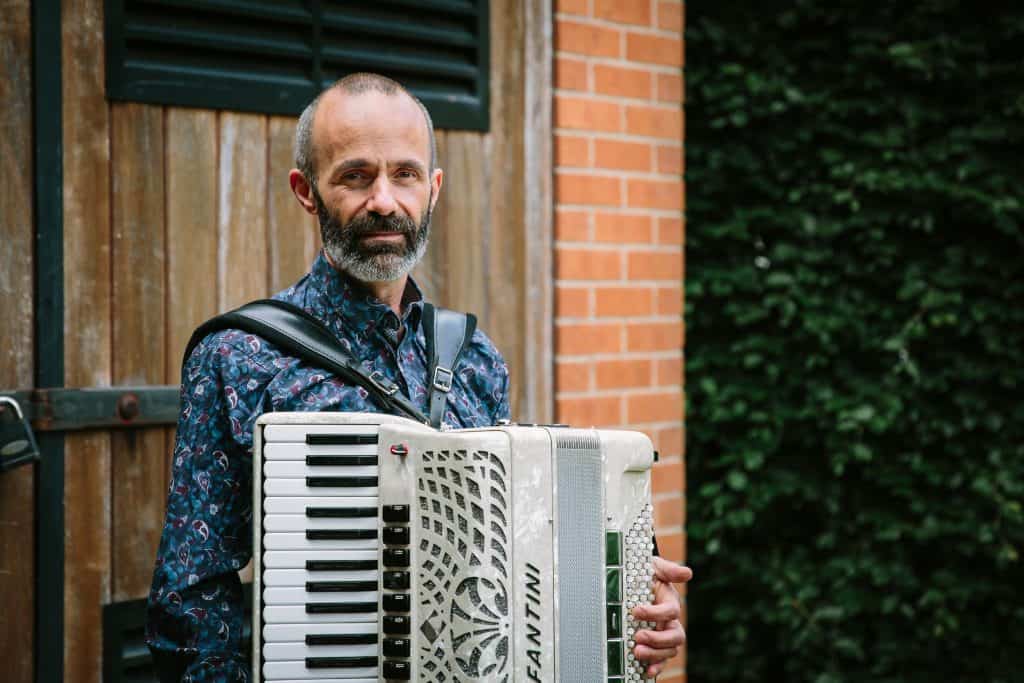 Luke Carver Goss is a workshop leader, composer and performer. He writes for and performs with unusual and regular instrumental combinations, as well as devising and improvising musical material with a number of groups.

Luke has been delivering sessions with darts since late 2017 and says:

Two particular great memories involve spontaneous dancing and singing - and whirling around the room at high speed… Followed by a deep bow! (Clips of both are featured on darts' recent film about the impact of arts on health)

For darts at Home, Luke put together the music and video for the song ‘On the Map’. He says that this was a a steep learning curve for him because prior to this he had never really made a video before. Despite the challenge, it was a great learning experience and helped with his continuing professional development. Luke also worked on a song with Ian McMillan – ‘When This is All Over’, which was recorded and videoed by Jim Lockey.

Most of the work I contributed to darts at Home involved recording and composing material - which I am used to - and making a video of myself - which I am not. I have to say that although I enjoy recording - sitting at home filming myself isn’t amongst my favourite pastimes! I definitely prefer working with everyone in real time.