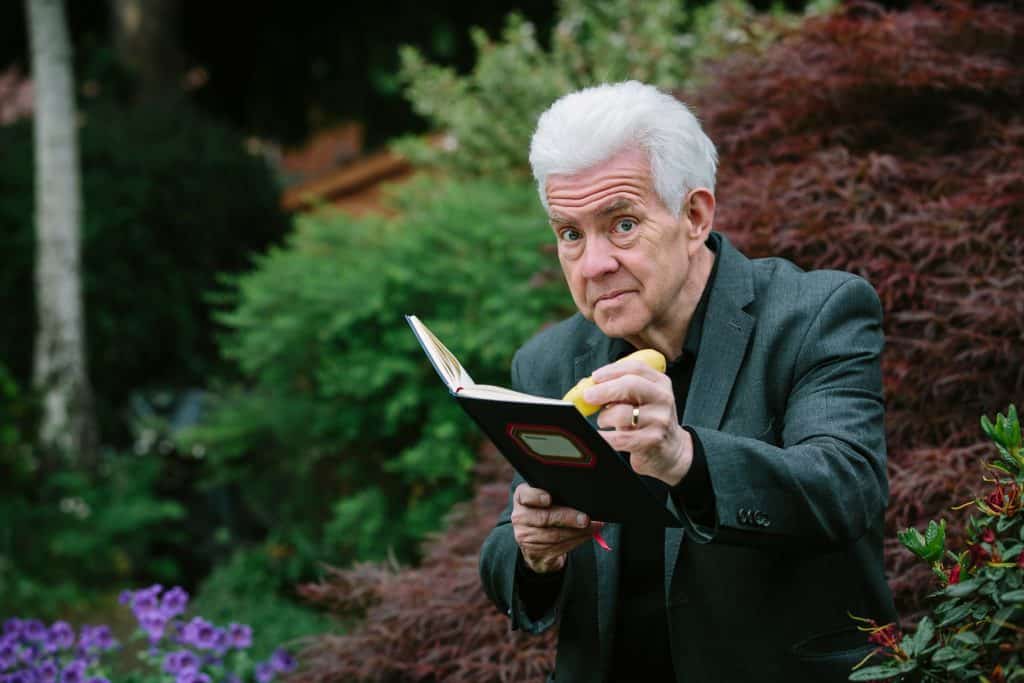 Ian McMillan plays with words, and likes to get other people to play with words too, whether written or spoken, whispered or sung. He believes that everybody is creative and that we can all be part of a fantastic local and national cultural renaissance!

Ian first started delivering work with darts in the mid-90’s, but then there was a two-decade gap. He returned in 2019 and says ‘It’s great to be back!’ Ian has created some fabulous songs with our Quirky Choir and Singing for Memory groups and is currently working with residents in Edlington and Askern as part of Creative Directions in the Community.

We asked Ian what his favourite memory is of working with darts. He says:

Many years ago the fantastic sculptor Bernie Rutter and I were involved in a project with Streetreach, which works with streetworkers in the borough. These were women and girls who were full of creativity and we made beautifully illustrated books with them, which we launched by pushing the books through the streets of Doncaster in a specially converted Silver Cross pram and giving them to passers-by. True democratic community art!

Ian created some brilliant poetry prompt and framework song activities for darts at Home. He says that he found it hard because face to face is the most fun, but he enjoyed creating material to be worked in online. Ian says “I find it really stimulating and it stretches my imagination!”

These images were taken by photographer, James Mulkeen. He visited artists at their homes and took photographs of them at a safe social distance during lockdown, June 2020.