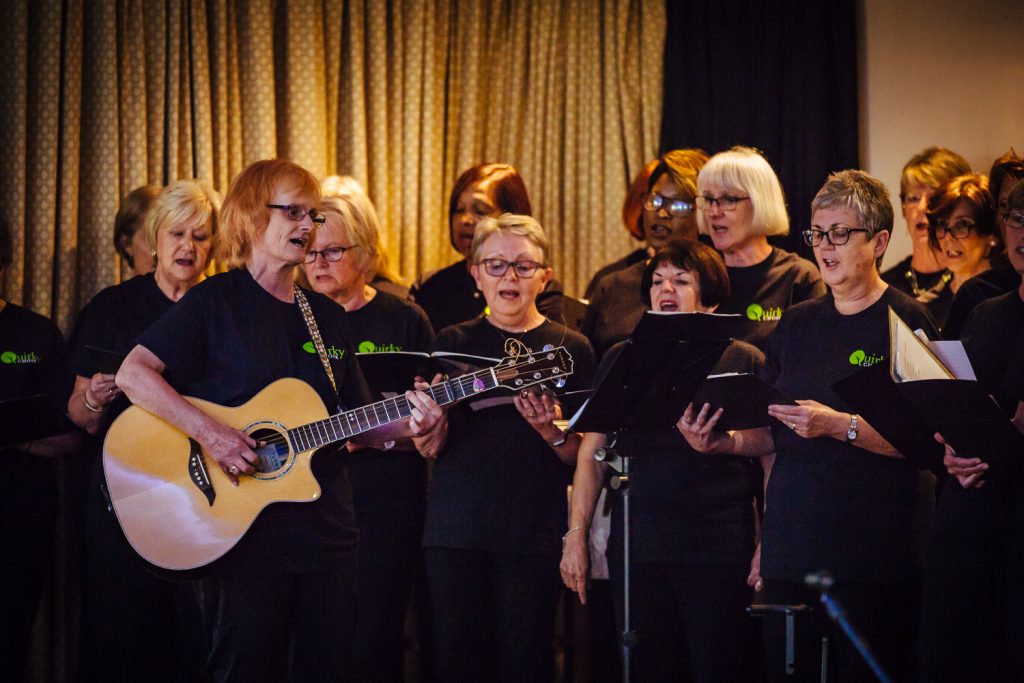 Quirky Choir prides itself on being a very different kind of choir. It has a distinct identity and pushes the boundaries of what a choir should be. Nobody needs to audition to join, and every week Doncaster residents of all ages and walks of life come together to raise the roof of The Point.

The choir sings an eclectic repertoire – songs from South Africa to Hawaii, from rock and roll to Rhianna. They also compose their own songs and collaborate with professional songwriters, composers and poets to create pieces that are distinctly Quirky.

There is much evidence to prove that singing is good for you – not only in terms of positive mental health and wellbeing, but also for your respiratory system (see the All Party Parliamentary Group’s Creative Health report for references: ‘Singing has been shown to alleviate chronic respiratory conditions and cystic fibrosis.’)

Singing completely absorbs you and forces you to forget about everything else, even if only for a short while – there is nothing better after a long day, or a busy week, than making music with people and switching off from anything else that might be causing stress or anxiety. People can pour into a song emotions that they can’t express any other way. Singing together also helps people feel more connected and less lonely. 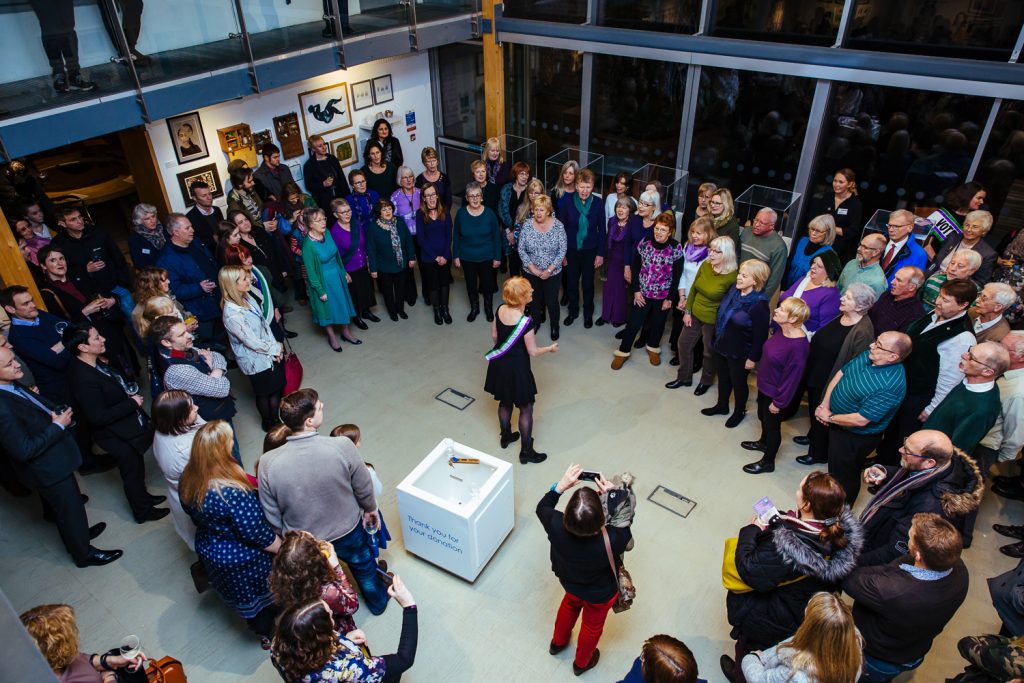 In 2018, Quirky Choir celebrated its 20th year by embarking on a year long project that both challenged the group and raised its profile. The Quirkus project enabled the choir to collaborate with four excellent artists: Ian McMillan, Luke Carver Goss, Hayley Youell and Lucky Moyo, who in turn worked not only with the choir but also with darts groups: Singing for Memory, Creative Directions, Swag Choir and Swaglets, as well as members of Doncaster Conversation Club. The choir created almost thirty original songs to add to their repertoire. There were many performances over the year as well as a new Quirkus film made by James Lockey and an exhibition of photographs by James Mulkeen that were exhibited in our gallery at The Point.

With Ian we laughed out loud but were also brought close to tears in a series of songs exploring memory. Luke introduced us to different musical modes and styles and gave our voices instrumental flavours from far-off lands. Hayley, with colleagues Andy Seward and Nic Lewis, led us gently into the world of conductive touch technology and opened up new ways of using our vocal sounds. Lucky brought us traditional songs from southern Africa which we adapted and built upon to make our own, incorporating some of the languages of newcomers to Doncaster.

We learned a huge amount through the project – some of us taking on responsibilities for negotiating gigs, posting on social media, nurturing contacts, writing articles, speaking on the radio, managing finances and paying artists. We had to learn a lot of new songs very quickly, attending extra rehearsals and learning at home with sound files, but it was all worth it in the end!

Individual choir members report having increased confidence in their singing abilities and also positive impacts on their wellbeing. Feedback also mentions becoming a more “bonded” and “unified” choir. One said, “Quirky Choir has become a very polished choir, which easily adapts to different requirements. We just seem to gel together so well!”
There is a thirst to “keep growing creatively, continuing to set ourselves challenges.” And in answer to the question, “What should we keep from the project?” another member said, “We should keep our identity as a group of like-minded people who love singing and use our enthusiasm to bring pleasure to others, spreading a message of harmony and tolerance.”